Antidepressant drug pipeline: What to know

Depression is one of the most common mental disorders in the United States, affecting approximately 6.7% of adults each year, according to the Anxiety and Depression Association of America.

Depression also takes a heavy economic toll. In 2010, the estimated economic burden of depression, including workplace costs, direct costs, and suicide-related costs was $210.5 billion, according to a report published by the Journal of Clinical Psychiatry. Of that $210.5 billion, only 38% of the total costs were due to major depressive disorder (MDD) itself as opposed to comorbid conditions.

Antidepressants are a popular treatment choice. Although they may not cure depression, antidepressants can reduce symptoms, such as low mood, anxiety, and decreased energy.

According to Farrah Wong, PharmD, director of pipeline and drug surveillance at OptumRx, about one in every 10 Americans, aged 12 years and older, takes an antidepressant medication. Of those individuals, more than 60% have been taking it for longer than two years, and 14% take more than one antidepressant.

“Despite a large armamentarium of pharmacotherapy used to treat depression, only 60% to 70% of patients with depression respond to antidepressant therapy,” says Wong. “Of those who do not respond, 10% to 30% exhibit treatment-resistant symptoms coupled with difficulties in social and occupational function, decline of physical health, suicidal thoughts, and increased healthcare utilization.”

For Treatment with alcohol or drugs visit www.summersky.us 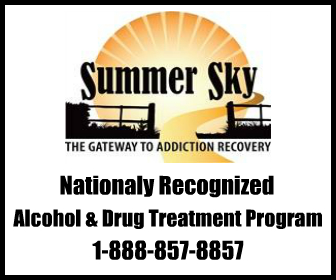 Posted at 11:10 AM in Antidepressant, Depression | Permalink | Comments (0)